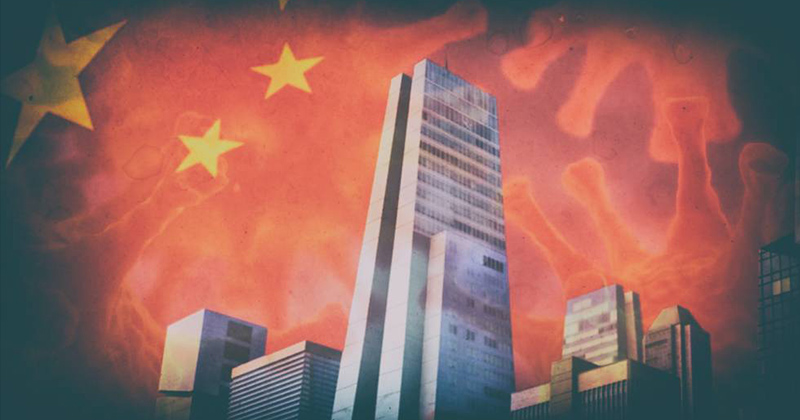 By Michael Every of Rabobank

Today is like one of those rare occasions when the Broadway understudy for a leading role finds out that the star has the ‘flu (not Covid-19) and so they get to go in front of the audience for once. Yes, Europe, today is your time to shine: “Everything’s coming up Milhouse!”.

Or not. Because the pressure is certainly on.

First, we have the ECB. The market whisper is that they have decided that a global backdrop where the Fed, BOE, RBA and RBNZ, among others, have all flagged that things remain grave, and that far more easing can still be; where a second wave of the virus is clearly evident; and where we are worryingly close to a Hard Brexit, is the right time to sell sunny economic uplands ahead. Or at least that is what the markets will perceive the outcome to be if we indeed see their economic forecasts revised upwards without the right serious tone. They will take that to mean that while everyone else is close to doing more, the ECB isn’t. And the impact, if we haven’t already seen it in buy-the-rumour, sell-the-fact manner, will be appropriate.

So over to the always-says-exactly-what-the-market-wants-to-hear ECB President Lagarde to try to explain how they are upbeat, but not so upbeat that anything needs to change in any of the wrong ways – like EUR hitting the roof, for example.

Second, we have the EU trying to deal with Brexit, where the UK is, on its own admittance, steering towards acting like a rogue state and unilaterally breaking international law. There is an emergency meeting today between the two sides and, frankly, it’s unclear if the UK is going to talk or declare “There is a bomb in this briefcase!” One would imagine that part of this might feed into the ECB’s thinking if the meetings overlap(?)

At the same time, the EU is dealing with China. EC executive vice-president Vestager is going to be talking to China’s Liu He, and the South China Morning Post reports the latter will be offering Europe the chance to join it in its proposed new China Network on data security….as opposed to the US Clean Network, being the unspoken part. Once again, we see Europe caught in the middle. Once again, it will probably “try to go its own way”. In the same way Europe doesn’t rely on the US in NATO and on the USD in the Eurodollar markets. The understudy, indeed.

Let’s see how Milhouse does when the spotlight shines.

Meanwhile, here is something to study. China has announced it plans to boost its strategic commodities reserves to assuage anxiety over energy and food security. Starting in 2021, it will make what Bloomberg calls “mammoth” purchases of crude, strategic materials, and farm goods, officials apparently say. This is being done to ensure China can ride out any repeat of this year’s supply disruptions, or a deterioration in trade relations with the US, for example. This is apparently part of the shift to “internal circulation”, or greater self-reliance, which is already being flagged, and which will kick in for the five year plan 2021-25.

Actually, those in the know know that this has already been happening across the board for some time: China has been swallowing up raw materials and strategic goods far in advance of what the economy needs right now. That means the drop in other imports –which are still down y/y overall even including this commodity surge– is even larger. (And why aren’t FX reserves rising even as the trade surplus soars…? Mmmm.)

Here’s the understudy way to study this: go long commodities! – because obviously China buying in vast quantities for years to come, right? Expect lots of stories like that.

Here’s the star way to think about it: what does it really say if China is stocking up so much? Has there ever been a point during trade tensions where anyone has ever threatened not to sell to China? The issue is always that trade partners don’t ONLY want to sell raw materials and unprocessed commodities to it, but rather to hold more of the technology and value chain themselves. That is as true for Europe as it is for the US.

What possible disruption could be on the horizon that would require China to have a large enough buffer of all conceivable inputs –in remote inland areas to boot– that it needs to use up its precious USD reserves in a bulk splurge now?

“Geopolitics”, as we say euphemistically? That hardly suggests the benign, sunny uplands that ECB is going to try to sell today, with its eyes firmly on its own shoes, RBA-style.

It can’t be on *imminent* concerns of the US acting on China’s USD access because all these purchases will presumably still be made in those precious USD, even in vast size,… right? Or is the idea with THAT much buying, a shift to CNY can be accelerated? For commodity sellers, that’s something to consider. So is that this would be a multi-year bull-run – and then a very sharp stop.

Indeed, theoretically China would no longer have to worry about not having enough of X, or Y, or Z; and it could simply stop buying from industry/country X, or Y, or Z for a year or two if prices were too high,….and watch them collapse,…until prices were again amenable, or the asset was for sale, or the relevant government ‘came to its senses’ on foreign policy.

I am not saying this is what China *IS* doing. Yet this is how anyone seeing trade geostrategically, or fearing that others are going to do the same, would think – and act. We have more than enough examples from history from all round the word; and our domestic economies are replete with monopoly and monosophy, and at the firm level we see the same game play out.

Is everything really coming up Milhouse, Milhouse?

But let’s ignore all that and watch Christine Lagarde try to explain why there may be marginally more of the inflation the ECB never generates ahead than the previous set of forecasts predicted, underlining why such forecasting is not worth doing anyway.

The Save Infowars Super Sale is now live! Get up to 60% off our most popular products today!