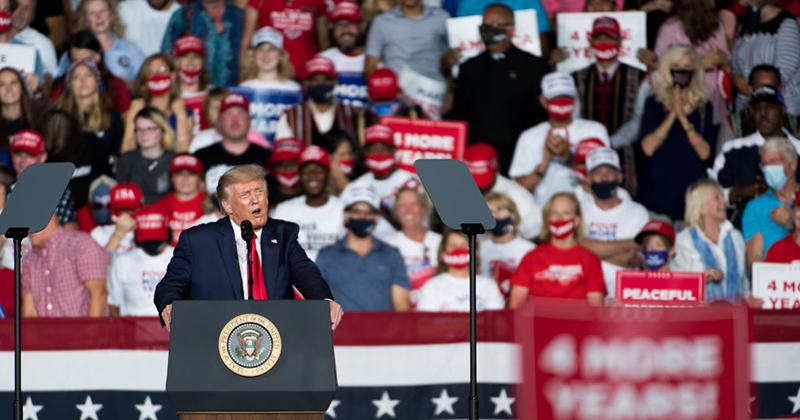 “Joe Biden devoted his career to offshoring new jobs, throwing open your borders and dragging us into endless foreign wars and surrendering our children’s future to countries like China,” Trump urged.

The President also noted that Biden was a strong advocate of the Trans-Pacific Partnership (TPP) while Vice President.

“We saved the U.S. auto industry by withdrawing from the last administration’s job-killing catastrophe; the Trans-Pacific Partnership was a disaster,” Trump proclaimed.

Biden has vowed to bring back the TPP if elected:

“For half a century Joe Biden shook hands with blue-collar workers and then he turned around and immediately stabbed them in the back,” the President emphasised.

Watch the entire rally below:

The Save Infowars Super Sale is now live! Get up to 60% off our most popular products today!

Join this site and chat with others.