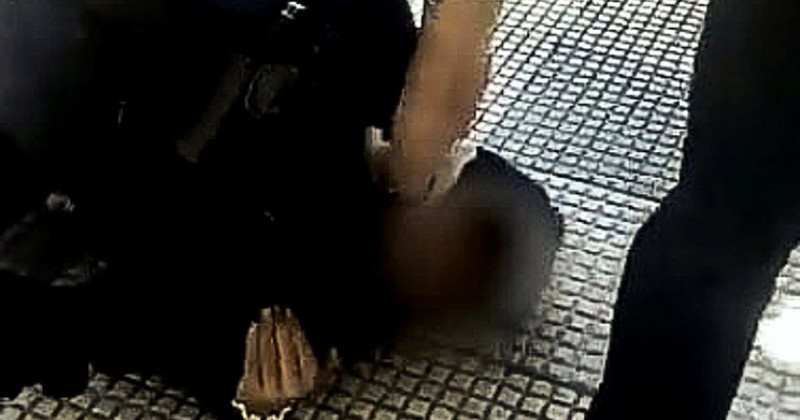 A new video out of Spain shows a police officer kneeling on a 14-year-old boy because he refused to wear a face mask.

The incident occurred in the city of Miranda de Ebro after police “observed the boy walking with his mask incorrectly on,” according to reports.

Police claim the boy tried to attack them, although this is not seen in the video and the family denies any assault took place.

The clip shows the officer kneeling on the boy as he pushes his head into the ground. The boy repeatedly screams out and appears to have difficulty breathing.

Police also claim the boy’s mother assaulted them and she was arrested along with her son.

Authorities claimed they used “minimum force” against the boy.

While the 14-year-old is clearly resisting arrest, this incident would never have happened in the first place without Spain’s draconian face mask rule, which dictates the coverings must be worn everywhere, outside and inside, by law.

As we have repeatedly highlighted, Spain has seen perhaps the most draconian coronavirus enforcement measures besides Australia.

Earlier this week we reported on how Spanish authorities are using drones and low-flying helicopters fitted with loudspeakers to enforce COVID-19 curfew rules on beaches.

We also previously reported on the case of two women in Spain who were beaten by police for not properly wearing their masks.